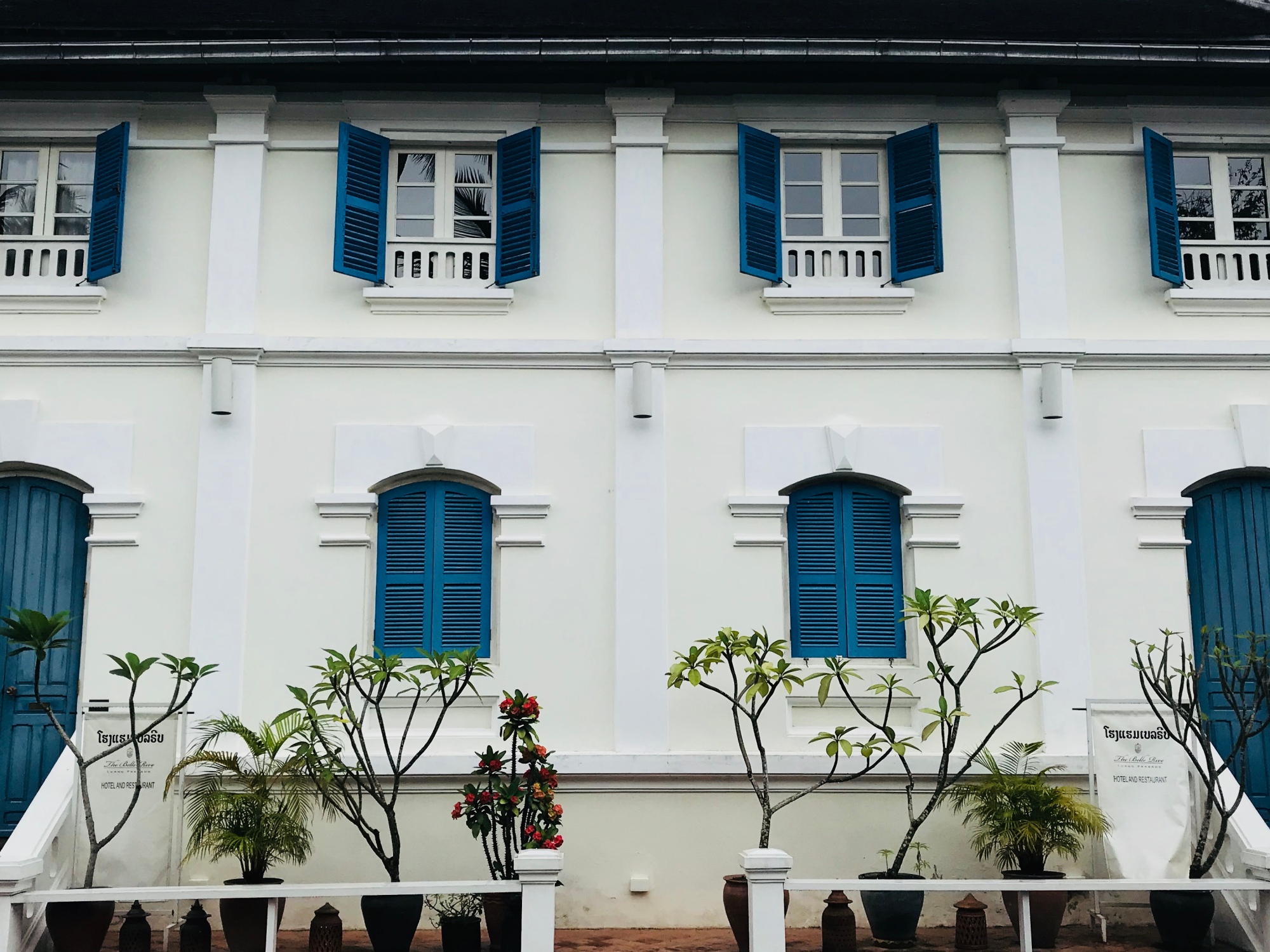 We have a World Scratch Map (if you don’t know what I’m referring to, see the image below). For well-travelled people, it’s usually used to show off all of the places they’ve visited across the globe. For us, sadly, it’s a daily reminder of how little of the world we have seen…

I met a twenty-young year old traveller the other day that told me she’d travelled to twenty-five countries and reminded me that this was more than her age. As she was still waiting for my surprised, impressed or perhaps she was looking for my envious face, I thought to myself, “I bet she has a Scratch Map!” (perhaps it’s even pocket-sized for ease of travel!!!)

You see, like a lottery ticket (or a “scratchie” as we call it in Australia), you scratch off the country after you have travelled there, only to reveal the same shape of land mass sans the gold film. You then hang it near your dining table so that when dinner party guests come over you can have those conversations that start with, “… that reminds of a time when I was trekking in the northern-most part of the Andes…” 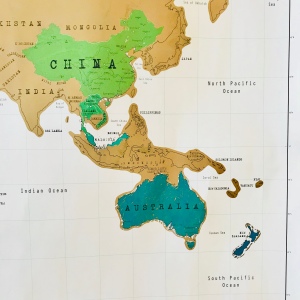 If you’re reading my subtext, you’ll appreciate the fact that we were given our Scratch Map from a work colleague who had two (so the story goes ; ). The map stayed rolled up in a cupboard in Australia for quite some time and then when we were packing to come to Malaysia, we thought it might be a light weight and educational addition to our luggage. As we’ve become reluctant homeschoolers since we’ve arrived in Malaysia, the Scratch Map has proven to be a handy educational tool but an embarrassing dinner party centrepiece.

We always joke that if only we would book (or could afford to book!) a holiday to Antarctica, Russia or Canada, people would think that we’re travel gurus! That, my friends in the blogosphere, we are not. We like to travel and like to dig for gold in some of the lesser-known parts of the world. That’s all. Read about this Gold in “Gold: The Ipoh Moment”

When booking a holiday overseas from Kuala Lumpur, we have joked and seriously considered Indonesia (the vast archipelago lying betwixt Australia and Malaysia that would unveil a lot of said Scratch Map) and India (the second largest land mass in Asia) so our Scratch Map isn’t so embarrassingly unscratched. I even read a blog post entitled, “4 Reasons why Bali isn’t just for Bogans,” to try to convince myself to buy some cheap flights and jet set there but my husband would not consent. We think it’s a bit humorous now that we keep going back to the same countries: Vietnam (see earlier posts on this site), Thailand, Singapore and now Laos. Yep, we’ve been to all of them over the past ten years and we’ve returned to all of them over the past ten months (bar Vietnam).

For our next holiday, my husband suggested Sri Lanka and we both laughed because it’s yet ANOTHER tiny country on the endless sea of scratchability. It’s like about 5mm squared of scratch! BUT, a place multiple people keep telling us to travel to.

If you have travelled in South-East Asia, you would know that it is very well connected by all manner of transportation. Both buses and trains cross state boarders for a nominal fee. And with the introduction of Air Asia and their egalitarian motto, “Now everyone can fly,” it is even sometimes cheaper to fly, albeit less scenic. Many travel blogs tell you that it’s wise to travel from the top of a nation (or region) down or vice versa, to save on travel costs. I imagine it is also so you cram nine different Asian countries into your four-week holiday. As a side note, we did one country in two weeks with two toddlers (including two transits through Singapore) and that was exhausting!!! See: “Why Vietnam?”

Just a few weeks ago, my husband had five days off work. We desperately needed to escape the concrete jungle of Kuala Lumpur so we decided to introduce our kids to Laos. Almost seven years ago now, we went to Laos for our second wedding anniversary and we fell in love with the place – especially Luang Prabang which was the former royal capital of Laos and is has been called “the jewel in the old Laos crown” (follow this link for a brief read on Lao’s history). https://www.telegraph.co.uk/travel/destinations/asia/laos/articles/a-tour-of-laos-45-years-on/

From our previous experience, we knew you only needed a couple of days in Luang Prabang and a week or two (if that) to see all of the country – if you’re going for quantity over quality as discussed above, however, we decided to stay the whole five days in the one town. Interestingly, we only did a handful of the same touristy things we did last time and dug for gold in a whole manner of places (more on that in my next few blogs).

It was so nice to be somewhere where I felt orientated as Luang Prabang is very much a walking city (or town – it makes it sound more quaint!). The main part of town is nestled between two rivers: the Nam Khan and the mighty Mekong. There are a few streets that lay in between the rivers and so within minutes, you can walk from one shady riverside café to another! If it weren’t for the heat (very high thirty degree days in May) and having two children in tow, I could have walked the streets of LP all day. As Laos was colonised by the French, it’s a little pocket of Provincial French things – buildings, bakeries and belles choses. 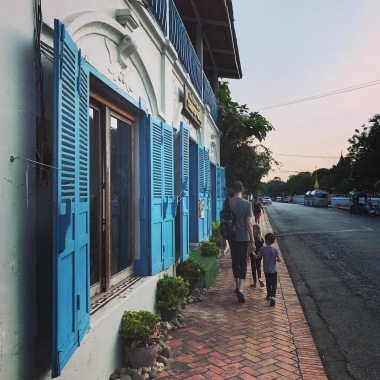 I am so glad that we chose to revisit Laos. It has only been open to international tourists since 1989. I feel very proud to have witnessed its development over about one third of that time. And I am so glad we chose to spend some quality time here rather than cram a whole heap of tourist hot-spots into what was already a short holiday.

(Keep following my upcoming blogs for more on Luang Prabang!)